Make sense of things that don't even make sense 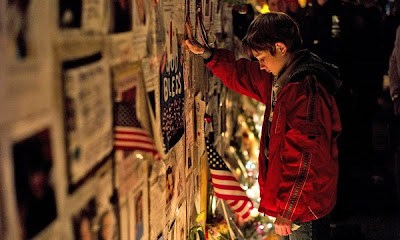 "My father died at 9-11. After he died I wouldn't go into his room for a year because it was too hard and it made me want to cry. But one day, I put on heavy boots and went in his room anyway. I miss doing taekwondo with him because it always made me laugh. When I went into his closet, where his clothes and stuff were, I reached up to get his old camera. It spun around and dropped about a hundred stairs, and I broke a blue vase! Inside was a key in an envelope with black written on it and I knew that dad left something somewhere for me that the key opened and I had to find. So I take it to Walt, the locksmith. I give it to Stan, the doorman, who tells me keys can open anything. He gave me the phone book for all the five boroughs. I count there are 472 people with the last name black. There are 216 addresses. Some of the blacks live together, obviously. I calculated that if I go to 2 every Saturday plus holidays, minus my hamlet school plays, my minerals, coins, and comic convention, it's going to take me 3 years to go through all of them. But that's what I'm going to do! Go to every single person named black and find out what the key fits and see what dad needed me to find. I made the very best possible plan but using the last four digits of each phone number, I divide the people by zones. I had to tell my mother another lie, because she wouldn't understand how I need to go out and find what the key fits and help me make sense of things that don't even make sense like him being killed in the building by people that didn't even know him at all! And I see some people who don't speak English, who are hiding, one black said that she spoke to God. If she spoke to god how come she didn't tell him not to kill her son or not to let people fly planes into buildings and maybe she spoke to a different god than them!" 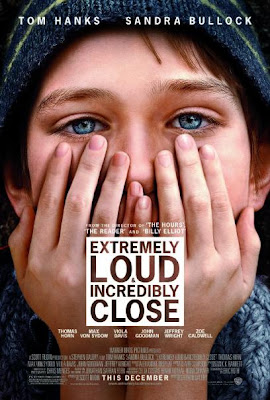