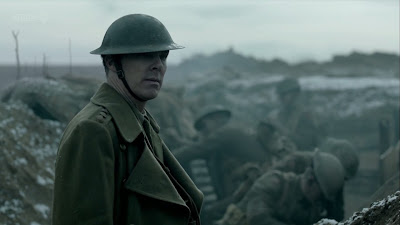 "Tietjens had walked in the sunlight down the lines, past the hut with the evergreen climbing rose, in the sunlight, thinking in an interval, good-humouredly about his official religion: about the Almighty as, on a colossal scale, a great English Landowner, benevolently awful, a colossal duke who never left his study and was thus invisible, but knowing all about the estate down to the last hind at the home farm and the last oak; Christ, an almost too benevolent Land-Steward, son of the Owner, knowing all about the estate down to the last child at the porter’s lodge, apt to be got round by the more detrimental tenants; the Third Person of the Trinity, the spirit of the estate, the Game as it were, as distinct from the players of the game; the atmosphere of the estate, that of the interior of Winchester Cathedral just after a Handel anthem has been finished, a perpetual Sunday, with, probably, a little cricket for the young men. Like Yorkshire on a Saturday afternoon; if you looked down on the whole broad country you would not see a single village green without its white flannels. That was why Yorkshire always led the averages… Probably by the time you got to heaven you would be so worn out by work on this planet that you would accept the English Sunday, for ever, with extreme relief!

With his belief that all that was good in English literature ended with the seventeenth century, his imaginations of heaven must be materialist – like Bunyan’s. He laughed good-humouredly at his projection of a hereafter. It was probably done with. Along with cricket. There would be no more parades of that sort. Probably they would play some beastly yelping game… Like baseball or Association football… And heaven?… Oh it would be a revival meeting on a Welsh hillside. Or Chatauqua, wherever that was… And God? A Real Estate Agent, with Marxist views… He hoped to be out of it before the cessation of the hostilities, in which case he might be just in time for the last train to the old heaven. . ."